Black History Month: How you and your business can take action now

This year the death of George Floyd jolted not just America but the world and inspired the Black Lives Matter protests. During the protests a quote by @lifewcourt resonated with me on this issue:

I want to continue to fight because this issue does not stop when it’s no longer viral.

Diversity is often talked about as an ideal world scenario and then pushed to the bottom of the list when other commitments take precedent. This is especially true at the moment because it is hard for companies to prioritise diversity when COVID has caused many businesses across a range of sectors to struggle for survival, and HR departments have been preoccupied with the task of ensuring the safety of employees through social distancing and PPE.

This October marked Black History Month, a period to reflect on the narratives that have shaped Black culture. So in this article I want to highlight something that often gets lost in conversation, which is that diversity matters for more reasons than simply to keep things fair. Diversity is good for business.  A McKinsey study, which is linked below in the crowd sourcing section, proved this when it found that ethnically diverse companies were 35% more likely to outperform those in the bottom quartile for diversity. This report underscores the importance of focusing on increasing the representation of voices around the table and layering that with a culture where people feel safe to use their voices authentically and fully contribute their ideas.

Crowd sourcing solutions from our members.

Here are some picks from our Diversity & Inclusion Committee who have shared with us the books, films and podcasts that have impacted them on this issue:

The UK is a place where we are free to have these conversations and celebrate diversity. For instance, if you want to be inspired by some of the positive things that British people have done to inspire others to explore their heritage then this article on ‘five projects shining a light on black culture in the UK’ is a really nice read.

If you would to learn about the wider global context, here are some resources from outside of the UK:

Ensuring diversity in the workplace is a journey that we learn as we go from others ahead of ourselves on the journey. Nobody has it 100% right. Following on from that, it always helps to be able to reflect on how far you’ve come, so commit to goals at board level and track your progress which will help to prove success.

One such goal could be to tackle subconscious preconceptions. These preconceptions can have a negative impact on your business, especially in the recruitment process as the candidates best positioned to help your company grow may be overlooked. The first step to avoid this is to be aware of it which could mean providing training to help your employees learn how to think more openly and so get a better understanding of a person’s professional capacity so that skin colour is not the deciding factor in who gets hired and instead the best person for the job is the one who gets it.

This requires challenging people’s assumptions. In an interview some examples of how to do this would be to cover up the names on resumes, set up diverse interview panels, and ask every candidate the same questions.

Other goals include setting up a Diversity and Inclusion Committee and meeting regularly to have open discussions both about what may need to be improved and also about what your company does well for diversity. This article is for Black History Month and so talks particular about issues of ethnic diversity, however it is important to discuss all forms of diversity such as gender, class and age etc.

As you increase diversity, celebrate it!

Often those who don’t have a role model will not put themselves forward for jobs or promotions, so make sure to encourage mentoring from those in leadership positions so that they can become the cultural role models who inspire others.

In Britain, we are lucky enough to have phenomenal black role models: Mo Farah, the most successful British track athlete in modern Olympic Games history, John Stewart, first black British male MP, Cynthia Erivo, first black British actress to be nominated for an Oscar award- the list goes on. Yet, more needs to be done to make this list known, and to allow it to keep expanding.

It is also important to embrace the diversity of thought that comes hand in hand with an inclusive workplace. Assembling a team that acts and thinks in the same way is often fairly easy to do, and in such teams consensus will be reached on most issues without much debate. However, unless all your customers also think the same it is a difficult task to grow your business with this homogenous workforce. You want to create an environment where people feel their input is valued, even if it goes against the way you would normally expect things to be done, because through this your business can discover new ways of doing things and successfully lead through change.

We are not trying to point fingers. We are by no means perfect. Everyone is entitled to their own opinions. However, establishing diversity and inclusion measures in your workplace is not only the right thing to do, but will also infinitely benefit your business, too.

Finally, at the British Chamber of Commerce | EU & Belgium we would love to hear from you. If you have had any experiences as a business with these issues then feel free to leave a comment or send an email to eucommittee@britishchamber.eu to let us know your strategies for overcoming them. 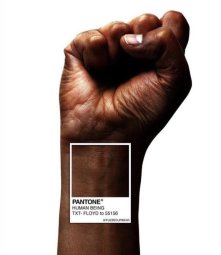