As a wave of infections sweeps back over Europe, many of its countries are forced to reintroduce restrictions on work, leisure and education.

England is set to endure a month of restrictions, beginning Thursday 5th November until Wednesday 2nd December, similar to European countries such as France and Germany that also announced national restrictions in response to a surge in infections. This comes as a result of revised health projections that reflect stark warnings of hospital beds filling rapidly and deaths expected to increase.

Across the United Kingdom, Northern Ireland, Scotland and Wales are following their own restrictions. Northern Ireland has extended its school break for an additional week (totalling two weeks) and bars and restaurants are closed for four weeks. Wales has been following a ‘fire-break lockdown’ which is due to end today. People will be able to form household bubbles again and meet in pubs, bars, cafes and restaurants when Wales’ restrictions end.

Scotlands measures are in effect from today and include a 5-tiered system. Each borough has currently been graded between levels 1-3, with level 3 areas including Glasgow and Edinburgh. As a result, over half of Scotlands population is placed in tier 3 which means alcohol will not be permitted to be sold indoors or outdoors in hospitality, all hospitality settings are required to close by 6pm and people advised on not leaving their local area.

In England, all non-essential shops such as restaurants, gyms, places of worship, entertainment and beauty facilities will all have to close on Thursday for one month. People will be told explicitly to stay at home with the exception of work which cannot be done from home, outdoor exercise, essential shopping and education. People will be allowed to meet one other person from another household outside in a public place but not in their homes or gardens. Conversely to Belgian rules, schools in England will remain open.

The United Kingdom reports 18,950 new cases in 24h with a total of 1,053,864 cases since the epidemic broke out. This Monday November 2, 2020, 136 deaths in 24h, leading to a total of 46,853 deaths have been reported. England is about to go back into lockdown until December 1, and other European countries are making always stricter measures to try and stop the new Covid-19 rise. 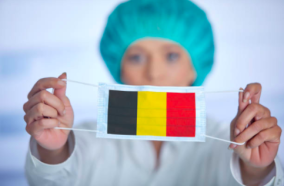 Shops deemed non-essential have closed, and social gatherings outlawed. Restaurants, bars and cafes are closed, with takeaway running until 10pm. All higher education will now be online, and teleworking is mandatory unless it is not possible.

Belgium has the highest rate of coronavirus infections in Europe. The country has been struggling to come up with a unified and coordinated approach to the pandemic, and has been juggling the economic interests of the north of the country with the situation in southern Wallonia, the worst-hit region.

Belgium reports – as of November 2 – 11,789 new cases have been reported in 24 hours taking it up to a total of 441,018 cases, as hospitalisations are peaking like for the first wave. There have been 108 deaths in 24 hours, taking it to a total of 11,737 deaths. Belgium is following France and is placed back into lockdown stating for a month, from Monday November 2 to December 13, with assessment on December 1. 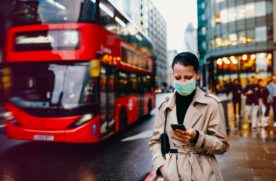