Living and Working in Belgium & UK

UK business travelers can stay in the Schengen area for a maximum of 90 days in a 180-day period and do not require a Schengen Visa C.

What Regional Immigration Policies are available for the business moves of non-EEA nationals?

Depending on the following circumstances: 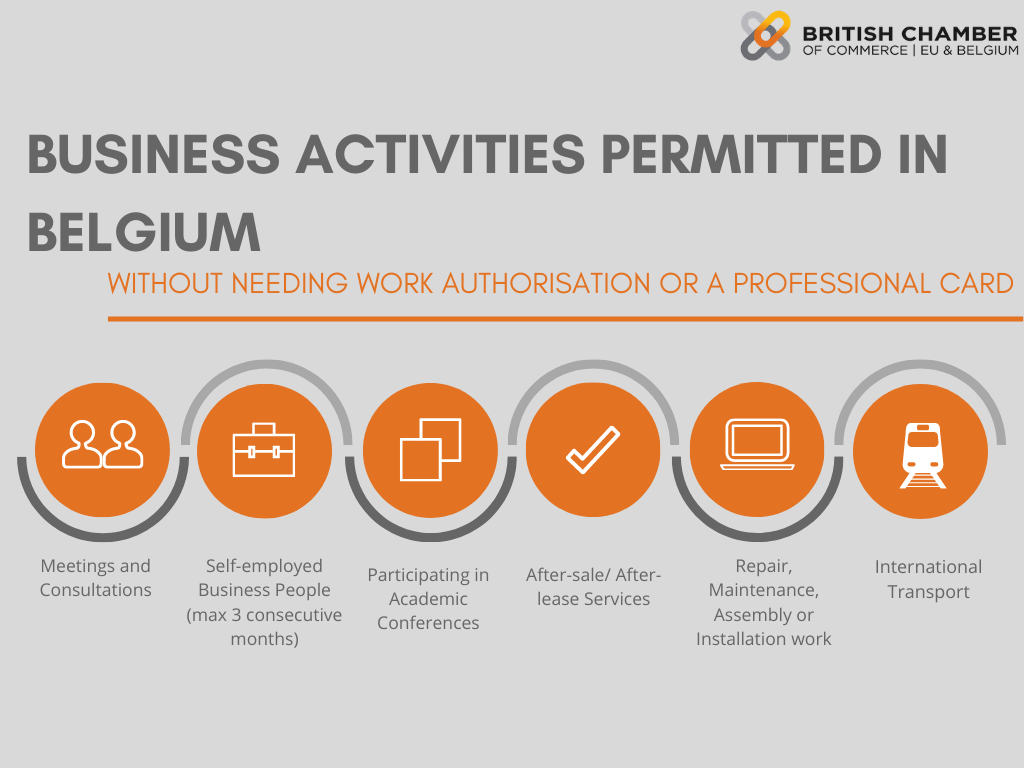 Additional documents required for posted workers include; letter of the Assignment (for longer than 3 months), certificate of Coverage or Belgian social security exemption, Limosa (from the start of employment)

Once the REM approves the application, the employee can then travel to Belgium and start working (if staying in private accommodation, not a hotel, a declaration of arrival at local town hall required)

An application will be completed by an employer or company to the relevant Regional Employment Ministry (REM). The application process usually takes between 1-3 months from filing (4.5 months is the legal limit)

What documents will I need?

Once REM has approved the application, it will be forwarded to the Immigration Office (IO)

This card gives a self-employed person authorisation to engage in economic activities in Belgium and is valid for 2-5 years.

Once granted a professional card, the applicant then automatically qualifies for a long stay visa and a residence permit.

To get a professional card: ‘Economic Added Valie’ is evaluated by authorisations.

The most up-to-date advice and FAQ’s for UK and Belgium Employer-Employee issues post-January 2021. Advice subject to these issues not being revised as part of the ongoing negotiations.

Does a Belgian travelling to the United Kingdom need a visa to work there? 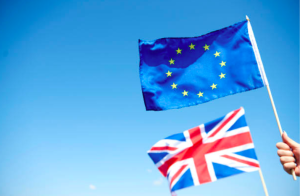 An employee lives and only works in the United Kingdom for a British employer: What do I need to do?

In addition, the British employer must act as a sponsor.

An employee only works and lives in the United Kingdom: What do I need to do?

I am temporarily sending my employee to our United Kingdom sister company to carry out an assignment: What needs to be done?

I am seconding my employee temporarily (100% employment) to the United Kingdom: Will they continue to be covered by Belgian social security? 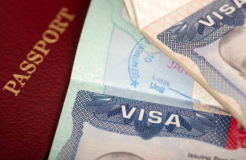 My employee works in Belgium 3 days a week and in the United Kingdom for 2 days a week: Where do they have to pay their social security contributions?

I am sending an employee to our British branch whose secondment will last a number of years and they do not want to lose their Belgian social security: What are their options?

Does a British citizen living and working in Flanders/Brussels/Wallonia/German-speaking Community for more than 90 days need a single permit?

Does a British citizen travelling to Belgium have to have a visa to work here for less than 90 days? 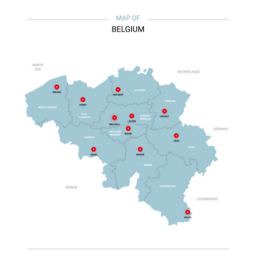 Does a British citizen who comes to work in Flanders/Brussels/Wallonia/German-speaking Community for less than 90 days within a period of 180 days need a work permit or a single permit?

Does a British citizen who stays in Belgium to work for less than 90 days need a Belgian residence document?

A British employer is temporarily seconding a British employee to Belgium (100% employment): Will they continue to be covered by British social security?

A British employee works in Belgium 3 days a week and in the United Kingdom for 2 days a week: Where do they have to pay their social security contributions?

A British employee lives in Belgium and also works in the Netherlands and Belgium: Does the European Social Security Regulation still apply to them?

The information provided on these pages does not constitute legal advice and is subject to change in line with government rules and laws. While BritCham will endeavour to keep the information on this page as current as possible, we advise you to seek expert independent legal advice an any matters relevant to your situation.